Thank you to Chris and Louise from Noordhoek Country Retreat for sharing this news with us of a rare sighting of the Amsterdam Albatross. Chris and Louise are very passionate about the environment, the animal kingdom and birds in particular.

It is always sad when a species becomes endangered or critically endangered. Recently, a miraculous feat of nature occurred. Wildlife photographer, Trevor Hardaker, has reported that the rare Amsterdam Albatross has been spotted and photographed. This bird is critically endangered and there are reportedly only 170 left of them in the wild. Hardaker speculates that this bird is the rarest species that has been recorded in South Africa. 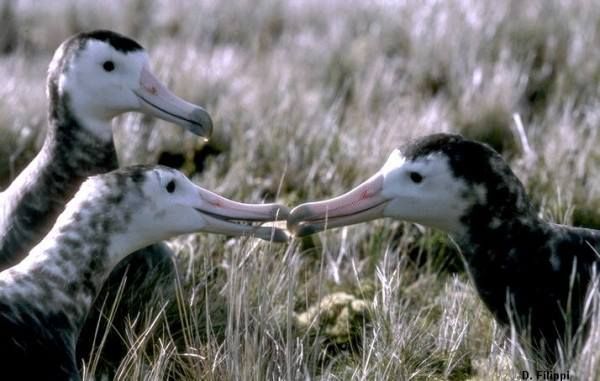 After much research and contacting of reputable sources, it is highly likely that the bird Hardaker and his companions spotted about 6 nautical miles south-west of Cape Point on Saturday, 13 July 2013 was the Amsterdam Albatross.
This report has been confirmed by leading seabird identifiers, Peter Harrison and Hadoram Shirahai. The third person to confirm the identification of the bird is Jean-Paul Roux, who wrote the original paper describing the bird. The photographs of the bird have yet to be released but this is truly ‪#‎breakingbirdnews‬.

Source: https://groups.google.com/forum/#!topic/sa-rarebirdnews/dCT7tAdOMKo
The image of the Amsterdam Albatross was taken from birdingblogs.com