The Rugby World Cup kicks off on the 9th September in New Zealand and whilst many fans will have their hearts in New Zealand cheering their team to victory, the physical reality is that the bodies will be firmly glued to the biggest TV screen they can find. 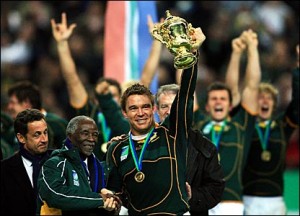 If you are in Cape Town during the Rugby World Cup it’s best to note that most of the games will be played in the mornings so think breakfast spots! Some traditional rugby watching pubs may not be open at 8am to accommodate your rugby watching needs, unless it’s a big game! 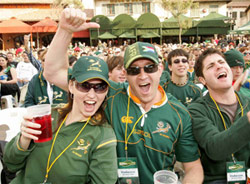 Some pubs and restaurants will be opening early for the occasion but it’s best to check directly with your chosen venue before arriving – you wouldn’t want to miss a game! With that in mind here is the Cape Point Route’s guide for fans on where to watch the Rugby World Cup 2011 if you are on the Cape Peninsula. 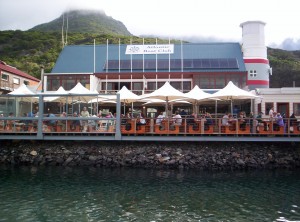 This Hout Bay restaurant, aptly named for the deck that looks out over Hout Bay Harbour, is offering a bargain Rugby World Cup Breakfast special for all the SA Games which includes a FREE Vide e Caffe Coffee. At only R45 for that egg and bacon and sausage and tomato and chips grub, you may be temporarily distracted from the game on one of the 2 big screen TV’s. Hopefully not for long as this is Rugby World Cup after all. Opening early, the Lookout Deck with its’ cheerful ambience and relaxed family setting is a great spot to watch the rugby matches with family and friends.

Toad in the Village: Noordhoek 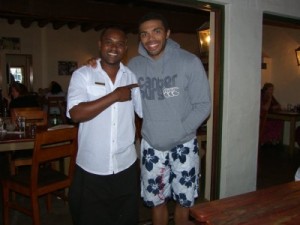 Bryan Habana at the Toad

Owned by SA rugby star Bob Skinstad and friend Dougie Boyes, the Toad is for sports fans, by sports fans. The bar features five screens, a beer garden, affordable pub grub, and lager on tap making it the perfect place to watch the game. As Bob says “If you’re not in the stands there is no better place to watch the game”. With 6 Big screens and a 7th on big match days – you are sure to see the screen with ease ! The Toad normally opens for lunch and dinner but will be open for early morning important games (especially if it involves the Springboks) and will be open for most other games from 10am.
The Toad | Noordhoek Farm Village | Noordhoek | +27 (0)21 789 2973 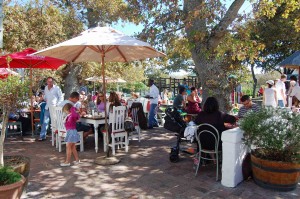 Right next door to the Toad in Noordhoek Farm Village, Cafe Roux is also run and managed by Rugby Fans. Cafe Roux opens at 8am daily so they will be showing all live rugby matches from the world cup on the big screens that are taking place during their normal operating hours. Normal hours mean breakfast and lunch so do not hesitate to tuck into the famous Earls all day breakfast or look on the chalk board for the Rugga Breakfast Special. 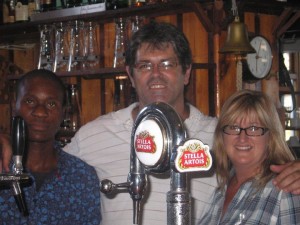 Sports lovers have flocked to this bar for over a century! Despite different names and owners over the years, there continues to be a bustling atmosphere when sport and especially rugby is on. Morning games tend to be more relaxed than the afternoon slots but things could be different with all the matches in New Zealand starting early. The Glen Pub will be open daily from 8am, with daily breakfast specials in conjunction with the Bay Cafe on Glen next door.  There are 3 big TV screens and the pub will show reruns throughout the day. Enquire about VIP status in the box! 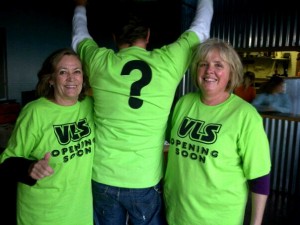 The Viper Lounge South is the new kid on the Glencairn Strip. This revamped and reviped space features comfy couches and tables in a fresh, clean and decidedly green atmosphere! We think this is to show ultimate support for the Springboks!  Open daily from 8am during the Rugby World Cup – great coffee and breakfast will be available. Bar opens at 10am and all the rugby action will be shown on the 42” TV or the big screen on the back wall. 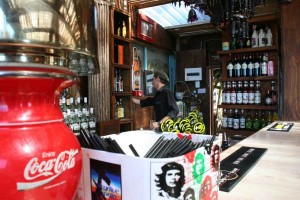 Whilst Cuba may not be competing in the RWC, the owners and locals at Cape to Cuba will be supporting the Boks.  Hemingways Cocktail Bar will be open from 9am onwards from the 11 September and rugby is the order of the day on the 2 TV screens. Snacks and light breakfasts will be on offer and there is seating and standing space for 100 people. The Bar will be open from 9am, so if nerves and excitement get the better of you, you can slurp your way through the matches on one of Cape to Cuba’s famous mojito cocktails. As they say in Caba “Havanah Good Time”? 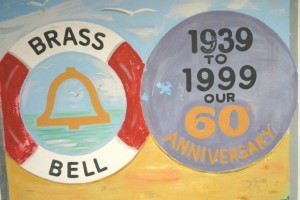 An institution in its’ own right – the Brass Bell is a legendary spot for watching sport. There are 5 different restaurant sections each offering different menus so there is sure to be something to choose from, even if you can’t choose your score line. The Brass Bell has ten 42” flat screens and if the rugby is not to your liking you can always watch the sea view and hopefully the whales as the Brass Bell is right on the rocks. 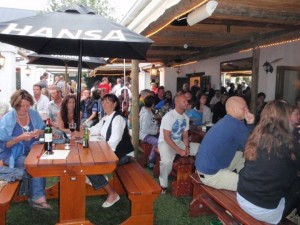 Watching Rugby at the Toad

This entry was posted in Uncategorized. Bookmark the permalink.