Sushi in the South

Spring is in the air and there is a promise of hot summer days to come. For foodies that means saying farewell to stews and roasts and welcoming sushi to our palates!  Sushi is perhaps the most famous Japanese dish (well outside Japan anyway) and whilst many people think of sushi as raw fish, sushi is actually the rice mixed with vinegar and various toppings or fillings (commonly seafood!) We have included a mini glossary at the end of this blog to help you with your sushi selections! Here’s where to find sushi in the south peninsula of Cape Town… 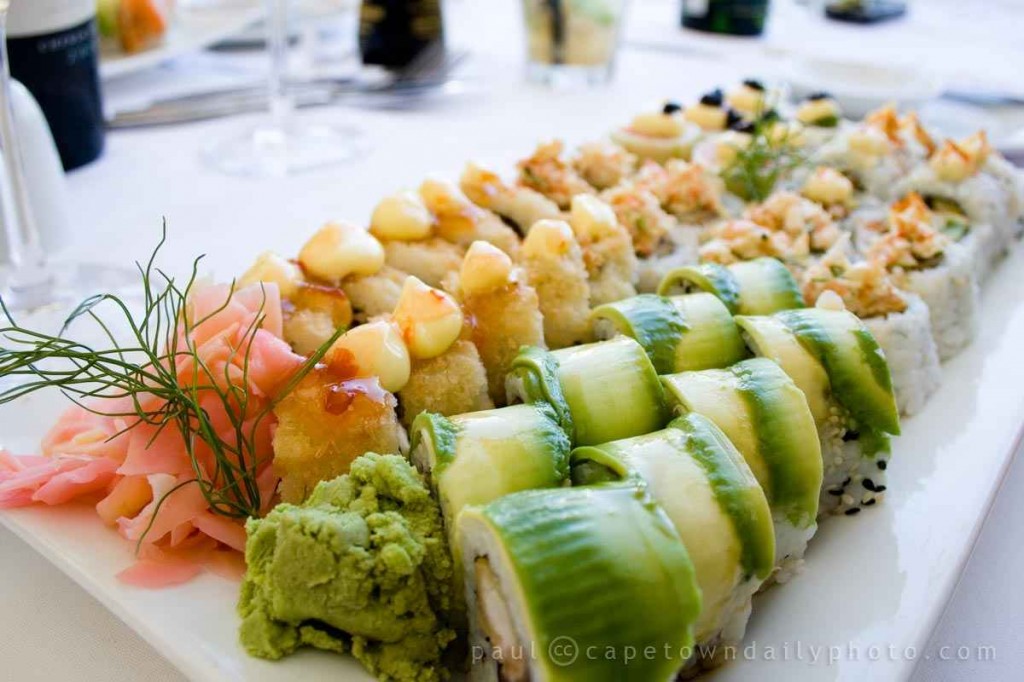 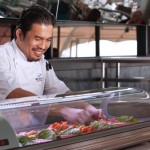 The revamped restaurant at Cape Point recently opened with a sparkly fresh look and a sushi bar!  Having had the privilege of trying the delicacies, we can vouch for the quality (and need we say quantity) that was easily consumed.  Head Sushi Chef Sarawut Sakkowplang brings your sushi from the chopping board to your table and it certainly doesn’t take much reminding that this is one of the finest locations to eat fine sushi! Click here for sushi menu. 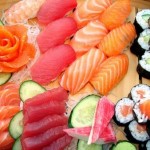 Japan meets Hout Bay with a Sushi Bar on the famous deck at the Lookout Deck in Hout Bay. Wasabi greets Sashimi with Maki & California rolls and more on the side! A great addition to the champagne and oyster bar and regular menu offered by the Lookout Deck. It’s a linger longer kind of spot with superb harbour views and a relaxed atmosphere – so plenty of time to order speciality sushi or a platter with your favourite sushi items. Click here for sushi menu!

This small unpretentious spot at Simon’s Town harbour literally does JUST sushi!  Fresh sea breeze blows through the doors of this tiny venue… there is not one premade conveyor belt item so each sushi piece or platter is made to order. It has a great holiday feeling with fabulous combo platters and some unusual items on the Chef’s specials. Hihgly recommend the A4 combo special also known as the Legend! Keep an eye open for their loyalty programme and the “rain cheque” specials – for rainy day bonuses! Click here for sushi menu
Opening Times:   Weds – Mondays: 12 noon – 3pm adn from 6pm until close. Closed on Tuesdays & in August.
Address:  Shop 6, St George’s Str, Simon’s Town
Contact details: 021 786 4340 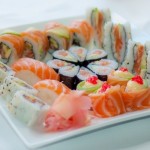 De Noordhoek hotel opened their restaurant a while ago but Village Sushi has been the star of the show. Not only do they offer design your own combo platters but other Asian delights like Tempura Prawns and Crispy Cajun Rolls & Dim Sum. What’s more they offer take-aways too although if you’re going to collect your sushi, you might as well enjoy the welcoming atmosphere at Noordhoek Farm Village which is always buzzing with activity. Click here for sushi menu 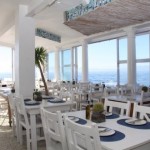 Situated just below Harbour House at Kalk Bay Harbour, you don’t get much closer to the ocean… which makes it a superb venue for tucking into a sushi platter! Fresh air flows through the tavern-style restaurant.  The venue is light, bright, casual and comfortable with an excellent selection of sushi as well as fishy fare (& more) but we vote for sushi and a chilled bottle of wine – and you’ll feel as though you are holiday, even if you’re not! Click here for sushi menu
Opening Times: Lunch and Dinner Monday to Sunday 12 noon  to 10pm
Address: Kalk Bay Harbour, Kalk Bay
Contact Tel No: 021 788 5755 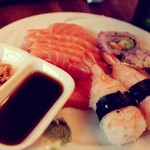 Kitima is probably better known for it’s Thai food, Dim Sum and Asian fusion cuisine but their sushi is fabuolous and one of their best kept secrets!  From sashimi & Nigiri basics to Fashion Sandwiches and Temaki (hand roll cones) , salmon roses, sushi sets and uramaki.  This sushi selection is worth every bite and the atmosphere of dining on oriental elegance  in a centuries old Cape-Dutch homestead  has a charming quality for your sushi experience. Click here for sushi menu 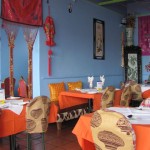 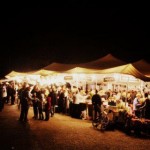 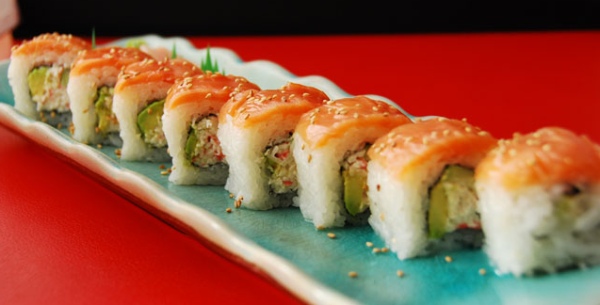 This entry was posted in Restaurants and tagged Cape Town sushi restaurants, Sushi in Cape Town, Sushi in the South. Bookmark the permalink.