The 2013 BOS Earthwave Beach Festival will host attempts to set new Guinness World Records for the ‘most surfers riding the same wave’ and for ‘the longest touch rugby game’ when the sixth edition of this popular gathering of Cape Town’s beach community is run at Surfers Corner in Muizenberg on the weekend of 19 & 20 October.

GWR Attempt: Most surfers on a wave

The festival will again harness the immense interest surrounding Guinness World Records to promote sustainable lifestyle choices by featuring a wide range of both competitive and fun events in the ocean, on the beach and in the Muizenberg Pavilion alongside exhibitions, demonstrations and talks on environmental issues over the two days.

“This year’s BOS Earthwave Beach Festival is shaping up as the best yet,” says Paul Botha from festival organisers Kahuna Promotions. “The line-up of activities includes attempts on two Guinness World Records plus junior, development, tandem and longboard surfing events, standup paddleboard racing, skateboarding and plenty of activities for kids like the BOS Dig for Gold and Learn to Surf lessons.”

In addition to prizes for the nearly 1 000 participants, there is also plenty on offer for spectators with valuable give-aways, sticker-showers, beach cleanups, raffles and fund-raising for worthy causes. The awards ceremonies, exhibits and an after-party with live bands will be staged in the Pavilion at Surfers Corner.

“The BOS Earthwave Beach Festival demonstrates the BOS philosophy that you can be healthy while having lots of fun,” says Marié van Niekerk, Marketing Director at BOS.  “The aim of the festival is all about participation, not winning.  It’s an inclusive experience for both young and old, encouraging people to get active and enjoy themselves in one of the most pristine natural settings in the world.”

Despite attempts to break the Guinness World Record for the most surfers riding the same wave in California and Australia during the past year, the record still stands at 110 set in Muizenberg at Earthwave 2009. Earthwave Brazil, the 2008 record holder, will also be making another attempt to break the current record on Saturday 12 October 2013 at Quebra Mar near Sao Paulo.

The record for the longest touch rugby game is 27 hours set in Australia in 2010 and the WP Touch Association will be attempting to break this marathon record at the festival by staging a match that runs from 8am on Saturday through the night until 12 noon on Sunday, a total of 28 hours!

The Battle of the Bay presented by Xpression on the Beach will see standup paddlers racing from Muizenberg to Fish Hoek and back on Sunday with a series of epic short-courses races through the surf planned for the Saturday.

Muizenberg, with its pristine beach, gentle rollers and warm water, is where the first photographic evidence of people riding waves in South Africa was recorded in 1919. Considered the birthplace of surfing in the country, it is rated one of the world’s top 20 beach towns by National Geographic. 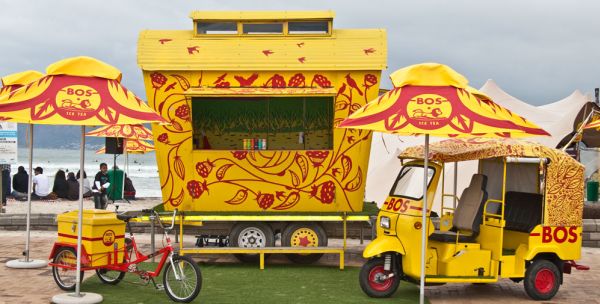 Further information on the BOS Earthwave Beach Festival can be found at www.facebook.com/BOS.Earthwave and www.kahunasurf.co.za. The organisers can be contacted via kahunasurf@mweb.co.za for details on how to become part of this sustainable lifestyle initiative.

Paddling out for the GWR Attempt