In 1939 the British Royal Navy enlisted a dog, with rank, pay, rations and duties! Just Nuisance’s birthday is celebrated annually on the 1st of April. 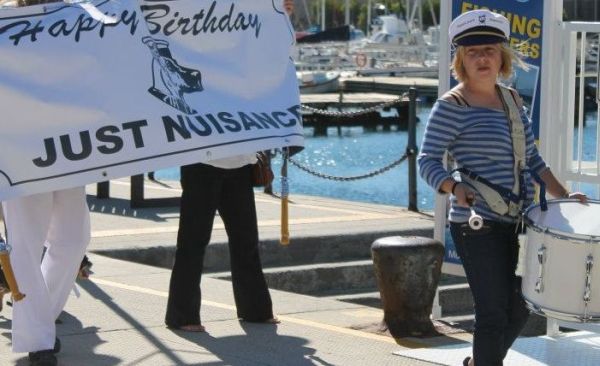 This year the commemorative walk will take place on Sunday 30th March at 9am from Simon’s Town Museum to Jubilee Square. Well behaved Owners and Dogs are invited to come and join in the fun for a good cause. 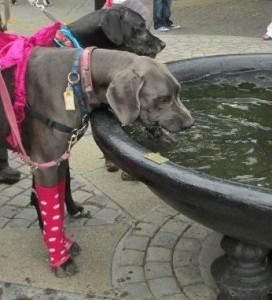 Great Prizes will be given to:

For the more energetic, dogs and owners are encouraged to walk up to Just Nuisance’s grave on the hill behind Simon’s Town after the parade. (Meet at the bottom of Klaver steps @ 10:15am)  Dogs are to be kept on leads and poop bags to be carried by owners.

The entry fee is a can of dog food and/or a cash donation to be donated to local dog charities. Contact Nikki on 083 9779 182

Visit the Just Nuisance Room at the Simon’s Town Museum :  One of the most popular exhibits at the museum with a special collection of the town mascot’s story including newspaper clippings and his Royal Navy dog collar and many photographs.

About Just Nuisance:
Visitors to Simon’s Town in the Western Cape of South Africa may be surprised to see an impressive statue of a dog near the Simon’s Town Naval Base. This is the Just Nuisance Memorial, a memorial dedicated to a member of the Royal Navy – Able Seaman Just Nuisance, the dog. 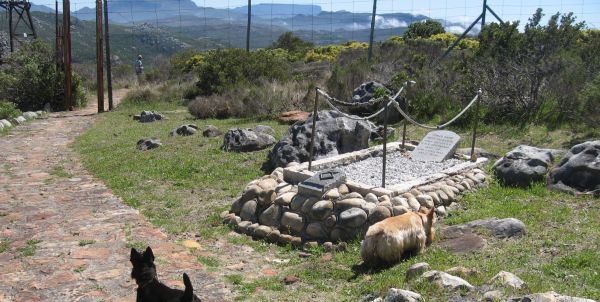 Just Nuisance the Great Dane was born in Rondebosch of Cape Town on 1 April 1937 (not the exact day). Benjamin Chaney bought the Great Dane puppy and then moved to Simon’s Town so as to run the USI (United Services Institute). Sailors from the Royal Navy would often visit the USI and quickly took to the dog offering him treats, taking him for walks and giving him plenty of attention. The Great Dane believed that every matelot was his friend and treated them as such. He began following the matelots around wherever they went whether it be the naval base, dockyards or even ships. The dog loved to lie on the deck just at the top of the gangplank, often getting in the way. That is how he got the name Just Nuisance.
Just Nuisance also became quickly known on South Africa’s train system as he would join the sailors as they traveled to various destinations. Several times he was dropped off at a station on discovery, but the clever dog he was, Just Nuisance would simply wait for the next train to come along. Eventually they threatened to have him put down, however a vast number of sailors strongly objected to this. 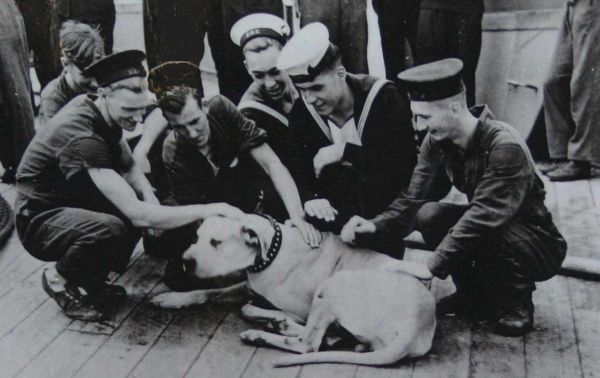 To solve this problem Just Nuisance was enlisted into the Royal Navy on 25 August 1939. He was registered with the Christian name of “Just”, his trade was “Bone Crusher” and the Religious Denomination assigned to him was “Scrounger”. As a full fledged member of the Navy Just Nuisance received the same benefits including a sailor’s bed and seaman’s hat. Later on he received a promotion from “Ordinary Seaman” to “Able Seaman”. Just Nuisance did much good for the morale of the Royal Navy seamen as well as stopping fights between men and assisting drunk sailors back to the base. 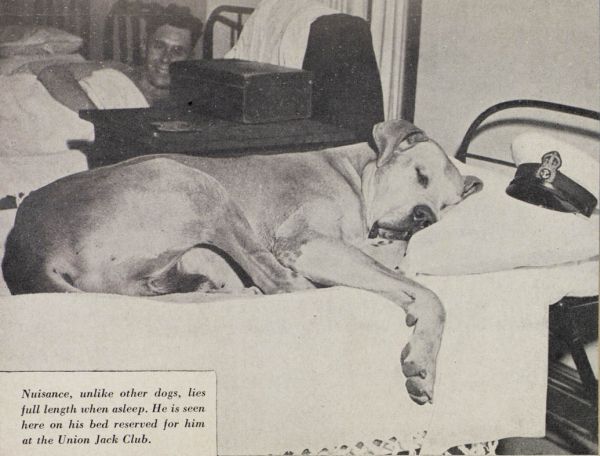 Sadly Just Nuisance was involved in a motor accident which resulted in a thrombosis causing paralysis. He was therefore discharged from the Royal Navy on 1 January 1944. On 1 April 1944 Just Nuisance was taken to the Simon’s Town Naval Hospital where he was put down. He was laid to rest at Klaver Camp with the full military honors with a firing party from the Royal Marines and a Bugler. The legend of Just Nuisance survives to this day and will continue to touch the hearts of many for decades to come. A statue of the amazing dog was erected at Jubilee Square in Simon’s Town as a memorial to the Royal Navy’s unique seaman.