Get your groove on to jazz, blues, classical music and more at this brand new Cape Peninsula festival

Put a musical spring in your step this month with the first-ever Simon’s Town Music Festival from Friday, 19 to Sunday, 21 September 2014. The inaugural event, which takes place in two local churches (the Methodist and Catholic) and other venues around the seaside town, features a programme of talented musicians performing classic music, rock, jazz, blues and more.

What better way to explore this quaint coastal spot than with a multi-genre music extravaganza! Book a weekend stay in Simon’s Town to maximise the music!

Camerata Tinta Barocca is a baroque ensemble that, since forming in 2004, has quickly become known as the foremost group of its kind. The ensemble, which fuses the music of string instruments with the harpsichord, will be performing three of JS Bach’s most popular works: the Barndenburg Concertos number 3, 4 and 5. They will also be playing Telemann’s Viola Concerto in G Major accompanied by soloist Emile de Roubaix. 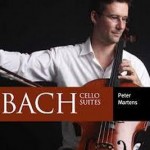 Peter Martens is a cello soloist who studied at Stellenbosch University and subsequently at the Mozarteum in Salzburg. He was the winner of the 2011 Classical Music SAMA for his recording of the complete Sonatas for cello and piano by Beethoven. He currently holds the positions of Artistic Administrator and Director of the Stellenbosch International Chamber Music Festival. He will be playing Bach’s cello suites 1-3.
Attendees will also have the pleasure of viewing an art exhibition in the church and sculptures in the surrounding garden. 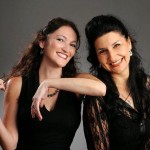 Mzansi’s renowned classical singers Beverley Chiat and Violina Anguelov will be teaming up on the Saturday to become La Diva! The award-winning coloratura soprano and mezzo-soprano will be accompanied by pianist Este Visser to perform arias and operettas by Verdi, Bizet, Rossini, Lehar, Bernstein and more. 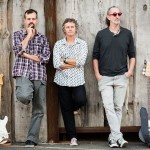 Get ready to jam with this blues/rock act. The group consists of Roger Bashew on bass and Paul Tizzard on drums – both of whom bring a rock-steady feel to Robin Auld’s blues, folk, reggae and African-inspired beats. The trio is currently working in studio together and will be showcasing some of the songs from their upcoming album. 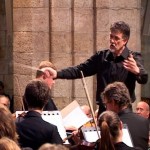 The acclaimed Pro Musica Divina Orchestra was formed in 2009 and is director by composer/conductor Steven van der Merwe. The group, who is made up of a number of Mother City-based freelance musicians, will be performing Mozart’s Clarinet concerto (featuring soloist David Little); Haydn’s Symphony no.45 and the Mendelssohn String Symphony no.12. 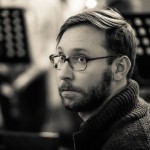 Keyboard specialist Erik Dippenaar will be delighting audiences with works by Buxtehude, Kuhnau, Bach, Scarlatti and Roseingrave. Dippenaar graduated from the Royal College of Music in London with a MMus (distinction) in 2007. The following year he completed an Artist Diploma in harpsichord and fortepiano. Erik is a patron of the Camerata Tinta Barocca, a member of the Cape Consort and a part-time lecturer of music history at the University of Cape Town (UCT). He is currently completing a PhD in music at UCT. 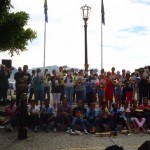 The Masiphumelele Music Outreach is a violin ensemble directed by Titia Blake. They will be joined by Izivunguvungu, a unique initiative supervised by the South African Navy and directed by Mike Oldham that provides sailing and musical training for youths from underprivileged communities. The two groups will be performing between 11am and 3pm in the Jubilee Square. This unique mallet percussion duo is made up of Frank Mallows and marimbist Magdalena de Vries. The pair, who launched the project in 2003, maintain a proudly South African ethos by performing works composed by local musicians. Four IV Two have performed at a number of celebrated festivals and venues, including the National Arts Festival, the KKNK Festival, the Franschhoek Festival and the Cape Town Concert Series at the Baxter Theatre. 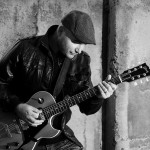 Popular guitarist and singer Jeremy Olivier will be joined on stage by Heinrich Goosen on drums, Shaun Johannes on bass and Byron Abrahams on sax. The result is a blues-y jazz performance that’s bound to have audience members tapping their feet.

TICKETS:
Tickets for the 2014 Simon’s Town Music Festival are priced individually per performance. Tickets cost between R60p/p and R130p/p and are available via Webtickets.co.za