Cape Town audiences finally have the chance to see Neil Coppen’s internationally acclaimed Tin Bucket Drum when it is performed at Kalk Bay Theatre from 14 August to 8 September. This is the first time local theatergoers can see the production following its highly successful tour to New York last year. 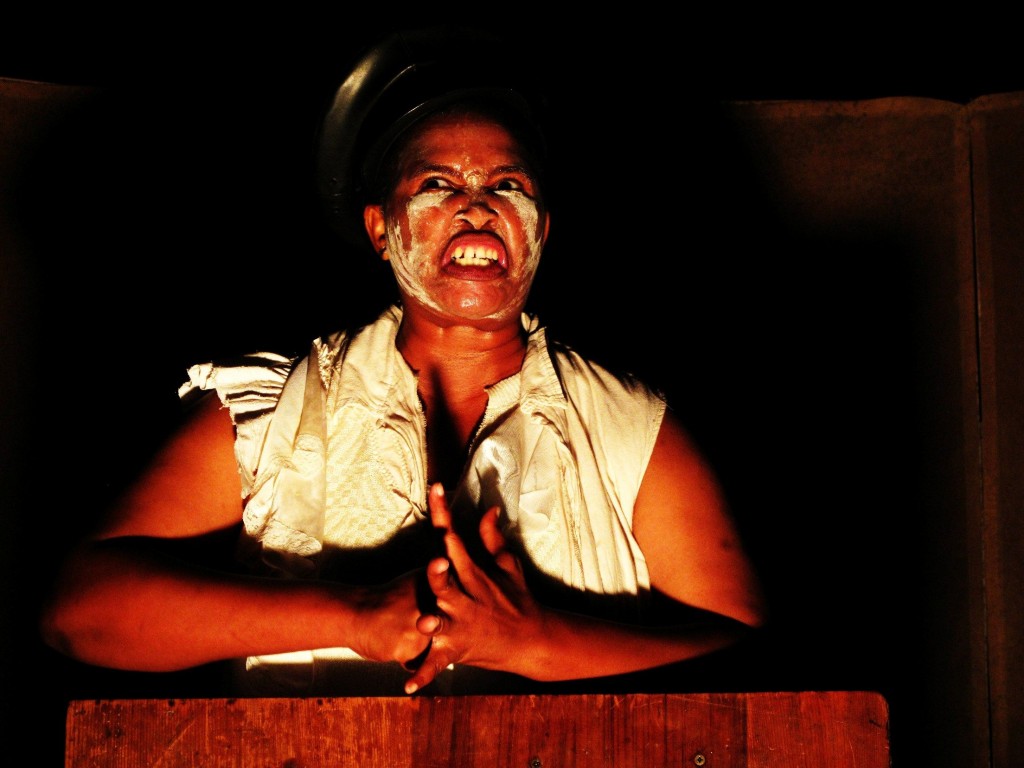 The play received rave reviews during its run at the Kraine Theatre in New York, including six stars from The Examiner, which called it ‘mesmerizing’ and compared it to Tony-award winning Peter And The Starcatcher. The New York Theatre Review selected the show as its pick of the week commenting,  ‘So cohesive in artistic vision is this piece that it is decidedly difficult to parse out responsibility for its success’.  The Village Voice wrote: ‘In a theatre world full of high-flying superheroes and next-level spectacles, Tin Bucket Drum charmingly reminds us that, ultimately, what matters most is the story’ , while Theatre is Easy called it ‘storytelling at its best…immaculate…brilliant’.

Tin Bucket Drum has also enjoyed great success at South African venues and festivals, including the National Arts Festival where, in 2010, it was nominated for a Standard Bank Standing Ovation Award.

Presented by the Imbewu Trust, Tin Bucket Drum is written and designed by Coppen, a multi-award-winning playwright and the 2011 Standard Bank Young Artist for Theatre.  The show features Mpume Mthombeni and Wake Mahlobo, directed by Karen Logan.

It follows the story of Nomvula, a spirited child with a revolutionary heart born into a country with a cruel and silent dictatorship. The play weaves together elements of magical realism, shadow puppetry, Kabuki theatre and live percussion while offering a fresh twist to the traditional conventions of African storytelling.

“We are delighted to be hosting the first full Cape Town run of Neil Coppen’s acclaimed production, Tin Bucket Drum,” says Simon Cooper, owner of Kalk Bay Theatre. Producer Sam de Romijn of the Imbewu Trust adds, “We were elated with the phenomenal response we received from New York audiences and critics, and it is particularly special to be back on home soil to perform the show.”

Neil Coppen is a writer, director, designer, actor and artistic director for Think Theatre Productions. His collaborations include works with visual artists, writers, community-groups, sound-designers, film- makers, authors, animators, choreographers and musicians. His impressive list of credits includes Abnormal Loads, Tree Boy, Little Foot and Venus in Fur. Neil is one of twelve South African playwrights currently developing a new work in conjunction with the Royal Court Theatre in London and he is also in the process of adapting George Orwell’s Animal Farm for a 2014 South African tour, in between developing several new play and screenplay ideas.

Mpume Mthombeni is a seasoned actress, writer and director. She has performed with theatre companies such as the Civic, Market and Catalina Theatres;  The Arepp Company; Hooked on Books; The Actors Co-op and Ingonyama Productions. She has adapted set works for The Playhouse Company and is a founder member of  singing group  the Durban Divas.  Mpume is also a director of NPO Arley’s Workshop, which specialises in educational theatre. Her many accolades include a Fools Award for Original Script, for Izinganekwane Story Theatre; an Audience Favorite Award at the Musho Theatre Festival, nominations for Durban Theatre Awards and for Durban Theatre Personality of the Year, as well as the nomination for a Standard Bank Standing Ovation Award for Tin Bucket Drum.

Says Neil, “When I was eight years old my father built me a wooden puppet box. It folded down to fit in a car boot, so I could tour around children’s birthday parties and share my stories for pocket money. Although I am now much older, I still feel like in many ways, I have the opportunity to travel with my puppet box to share my stories in places as far apart as New York and Cape Town.” 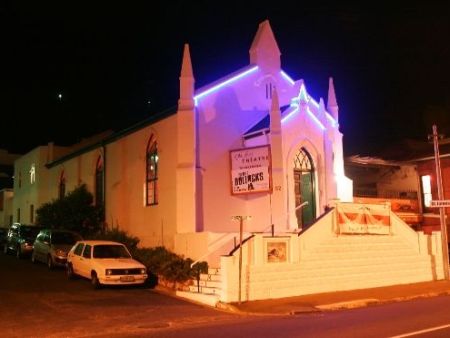 Tin Bucket Drum will be performed at Kalk Bay Theatre Wednesday to Sunday from 14 August to 8 September at 8pm. Tickets cost R100. Tickets to the cut-price previews on Wednesday 14 and Thursday 15 August cost R70.
On Wednesday 21 and Thursday 22 August, tickets are 2 for the price of one.
Ages: PG13
Bookings on www.kbt.co.za

Guests can enjoy Funki Chef’s Meal of the Day before or after the show. Contact Hannah on 072 7149559  /  funkichef@gmail.com for details.

The New York review comments include:

New York Theatre Review selected the production as its pick of the week claiming: “So cohesive in artistic vision is this piece that it is decidedly difficult to parse out responsibility for its success. Actress Mthombeni is lifted and supported at every turn by quietly magical lighting, set, and sound design, by the ever-present, yet never distracting, significant percussionist talents of Wake Mahlobo with whom she shares the stage, and the clearly inimitable directorial force that is Karen Logan. The entire creative team works solidly as one unit to sweep you along on this tale. All of this before even getting to the beautiful story written soaringly by Neil Coppen.”

The Examiner gave the production six-stars comparing it to Tony-Award winning Peter And The Starcatcher currently playing on Broadway: “Multi-award winning Peter And The Starcatcher could have some competition in ticket sales of this off Broadway production at $18 gives you the same heartfelt journey of any multi-Tony award winning storytelling piece of theatre. Tin Bucket Drum is a mesmerizing piece of Kabuki style African storytelling.”

The Village Voice wrote: “In a theatre world full of high-flying superheroes and next-level spectacles, Tin Bucket Drum charmingly reminds us that, ultimately, what matters most is the story.”

Theatre is Easy Website summed up the production with: “Mthombeni really represents storytelling at its best. She gracefully and convincingly switches characters, from the confused child whose loud beating heart defies the village silence, to the ruthless and scary dictator who rules in fear. She is joined on stage by a live percussionist, Wake Mahlobo, who discretely accompanies her every move with sound, while not drawing any attention away from the main performer. The technical production is also simple but immaculate; lights change and shadows are cast in a way that perfectly frame the story’s changes and twists. While the piece is composed of simple and clearly defined elements, they are integrated in such a seamless and natural way that the whole is by far greater than the individual parts. And as such, it’s actually hard to do the piece justice by describing the elements that when interweaved make it so brilliant.”