Waddle for a Week .. for penguins

Every year the AKAA (animal Keepers Association of Africa) run a campaign which involves a walk done in order to create awareness about the  endemic & endangered African penguin.

Penguin Promises is a campaign which was ‘hatched’ in 2011.  The AKAA  (Animal Keepers Association of Africa) decided to choose an endangered species and create an awareness drive in support of it. The African penguin was chosen as their numbers are currently as low as 60,000 birds in the wild compared to a very healthy population about 100 years ago of approximately 1.5 million. Scientists claim that this species could go extinct within the next 15-25 years should environmental conditions not improve for them. This bird is endemic to southern Africa and considered an iconic animal as well as an indicator species, indicating to us the state of our oceans. 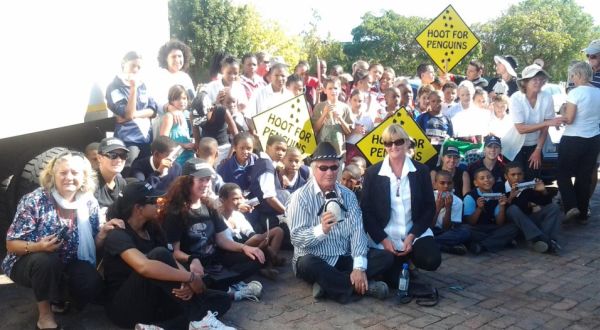 Most important to recognise is that the Penguin Promises campaign will always focus on awareness, versus fundraising, therefore our slogan “We don’t want you money honey we want your love” pretty much says it all. It is generally felt that when the public donate money to a cause they very often feel momentarily better about themselves and then walk away perhaps not really knowing or caring what happens thereafter.

See some Penguin Promises and what YOU can do here

Penguin Promises explicitly proposes that each and every person who currently has the privilege of living on our beautiful planet looks closely at the way in which they are in relationship with nature, and makes a conscious choice to change an aspect/s of their behaviour that will have a positive effect on the environment. 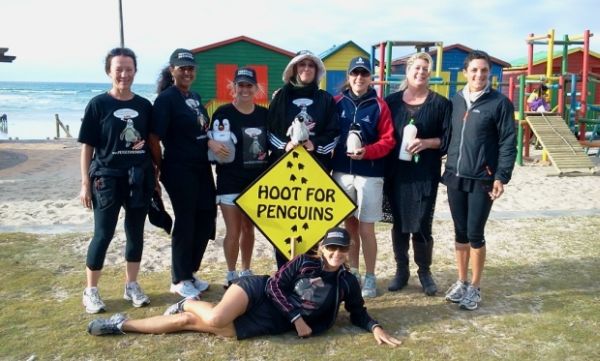 There have been three Waddle events – 2011, 2012, 2013. The team is a mixture of men and ladies and the waddlers engage with the public en-route and various school interactions are also coordinated. They aim at walking approx. 5kms/hr.

• No plastic bottled water is permitted on the trip as this is one of the “penguin promises” of the campaign.

• No single use plastic shopping bags or straws are allowed – “penguin promise”.

• It is suggested that all Waddlers observe a vegetarian week -“penguin promise”. This is not enforced but hugely encouraged!

WADDLE FOR A WEEK: 2014
It is possible for anyone to follow or be a part of the waddle – for real or in virtual space.  Follow them on twitter @penguinpromises or our facebook page – Penguin promises. If you want to join the Waddlers along the way or walk them into town or out of town or for the whole day, get in touch at info@penguinpromises.com.  Here is the outlined itinerary. 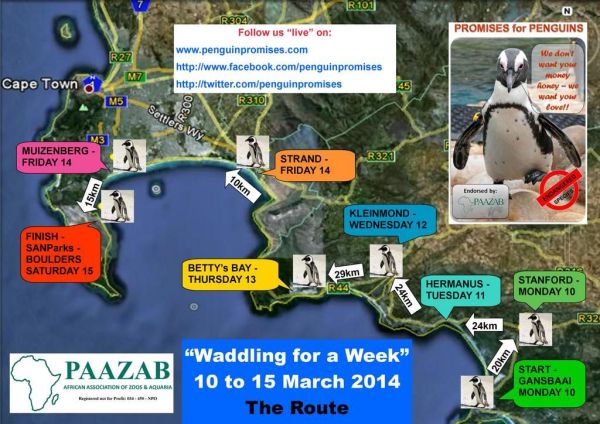 Thurs 13 March: 30 kms Arabella to Betty’s Bay. 8am -2pm.
Day ends at Stony Point which is a significant African penguin breeding colony. Spend some time here along the boardwalk enjoying the colony and engaging  with the press.

Sat 15 March: 15kms Muizenberg to Simon’s Town (Boulders Beach):  8am -12ish. All last day Waddlers join us for the slow amble to Simon’s Town, Boulders Beach which is our last significant African penguin colony on our route and also the end of the Waddle. This year our last day happens to coincide with the SA Navy Festival in Simon’s Town which is a big annual deal and this will give the Waddle event much more coverage!

A celebration is held at the finish where sponsors are thanked and press are engaged. Thereafter all of Saturdays Waddlers are allowed to enjoy the penguins from the boardwalk. 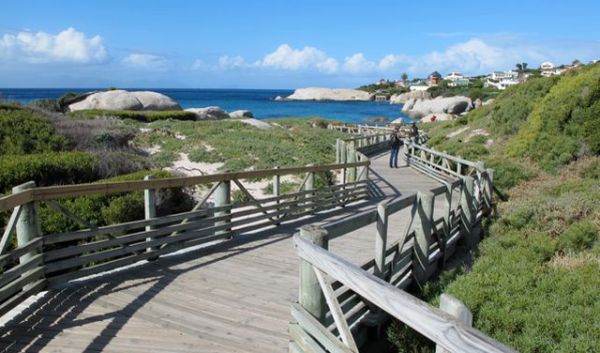 This entry was posted in Cause and tagged African Penguins, Penguin promises, Simon's Town, waddle for a week. Bookmark the permalink.