Adopt and save an African penguin chick this Christmas 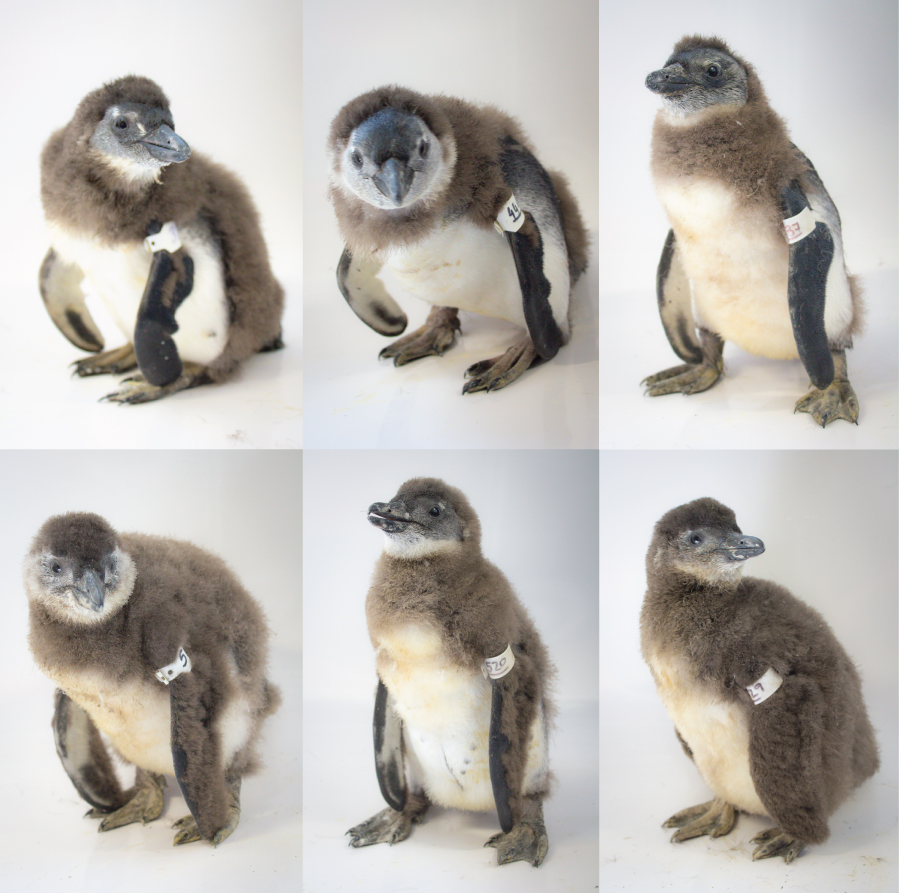 Every year around Christmas SANCCOB (the Southern African Foundation for the Conservation of Coastal Birds) admits hundreds of small fluffy African penguin chicks abandoned by their parents in the colonies. Without intervention by SANCCOB and its partners in conservation, these chicks would not survive. With less than 2% of the population remaining in the wild today, SANCCOB needs your help to care for these abandoned African penguin chicks. Adopt and name your Christmas chick at www.sanccob.co.za for R500/$50/€36 and pay for its rehabilitation and release back into the wild. You will receive a photograph of your chick, a certificate of adoption, a thank you letter and a sticker that says ‘I adopted an African penguin’.

SANCCOB’s Christmas chick special is only valid until 15 December 2014.

Additional info:
One of 18 penguin species found globally, the African penguin (Spheniscus demersus) is the only penguin species to occur naturally on the African continent. These tenacious birds breed at 29 locations in South Africa and southern Namibia, with seven islands supporting 80% of the global population. The species has consistently declined from an estimated 1 million breeding pairs in the 1930’s to a point where only 17 263 African penguin breeding pairs remain in the wild in South Africa today (latest figures released by the Department of Environmental Affairs). This translates into an approximate decline of 98% in less than a century. From 2001 to 2009, the numbers plummeted by nearly 60% alone. As a result, the species was up-listed from vulnerable to endangered on the IUCN Red List in 2010.

Every year from November to February its chick season at SANCCOB. During this period, SANCCOB admits a high number of African penguin chicks (approximately 500 for the period) to its centres in Table View (Western Cape) and Cape St Francis (Eatern Cape). A natural event that has been recorded since the 1930s, numerous penguin chicks are abandoned when the adults start their moulting cycle. During this time the parents replace their ‘tuxedo’ with a brand new set of waterproof feathers and are unable to hunt for fish and feed their young during the three to four week moulting process. As a result, the chicks that have yet to fledge are abandoned and face starvation unless conservation organisations like SANCCOB and its partners SANParks (Table Mountain National Park and Marine Rangers section of Addo Elephant National Park) and CapeNature, intervene.

Working together with colony managers SANParks and CapeNature, these abandoned chicks are brought from the colonies to SANCCOB for rehabilitation and release back into the wild. Once at the centres, these ‘Christmas chicks’ (as they are fondly named) are taught to swim, fed ‘fish smoothies’ and taken care of by the dedicated staff and volunteers who work round the clock to ensure that they get released back into the wild. The rehabilitation programme can take anything from 6 weeks to 3 months depending on their size and condition. Once they are at a fledging age, the correct weight, healthy and their feathers are waterproof, they receive the final nod of approval from SANCCOB’s veterinary team and get released back into the wild.

These activities form part of the Chick Bolstering Project, a collaboration between SANCCOB (project administrators), the Bristol Conservation and Science Foundation, the Animal Demography Unit (UCT), DEA (Oceans and Coasts), CapeNature, Robben Island Museum and SANParks. Research has proven that hand-reared chicks fare as well as naturally-reared chicks in the wild. With less than 18 000 breeding pairs left in the wild in South Africa, African penguins are an endangered species and it remains critical to save every individual possible to bolster the numbers in the wild. The hand-rearing of orphaned chicks has been identified as an essential and successful component of bolstering the wild population in the internationally recognised Biodiversity Management Plan for the African Penguin.

SANCCOB: Since being established in 1968,  SANCCOB has treated approximately 92 000 oiled, ill, injured and abandoned African penguins and other seabirds with the help from countless volunteers and conservation partners like the Department of Environmental Affairs,  South African National Parks and CapeNature. Research confirms that the African penguin population is 19% higher as a direct result of SANCCOB’s oil spill response efforts alone. In a non-spill year, SANCCOB treats close to 2 500 seabirds of which approximately 1 500 are African penguins at both its strategically placed centres in Cape Town (Western Cape) and Cape St. Francis (Eastern Cape). SANCCOB also contributes to research which benefits seabirds, conducts research that aims to inform management authorities, trains people to care for the birds and educates the public to appreciate this unique heritage.

This entry was posted in Cause, Wildlife and tagged Adopt a Penguin, African penguin, SANCCOB, SANCCOB saves penguins. Bookmark the permalink.