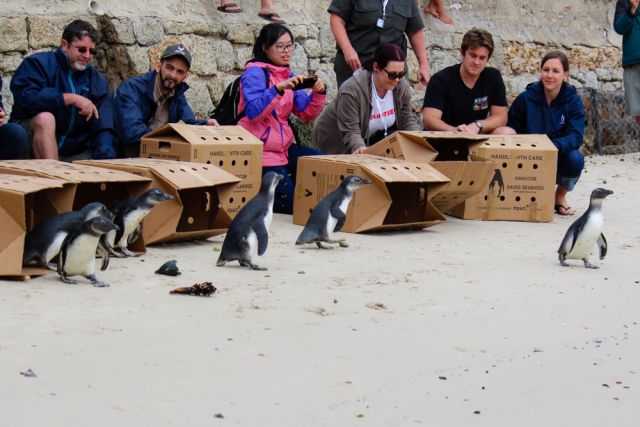 On Saturday morning at 10h00, a large expectant crowd gathered at Seaforth Beach to witness the release of 13 African penguins back into the wild. All of the penguins were rehabilitated at SANCCOB’s seabird centre in Table View (Cape Town) after being admitted for various reasons including malnourishment, injuries or due to abandonment. Seven of the penguins were rescued from Betty’s Bay, two from Dassen Island, while the others were admitted from Fish Hoek, Lamberts Bay, Gordon’s Bay and Yzerfontein. SANCCOB volunteers and a few lucky members of the public got the chance to tip the penguin boxes to release the penguins. 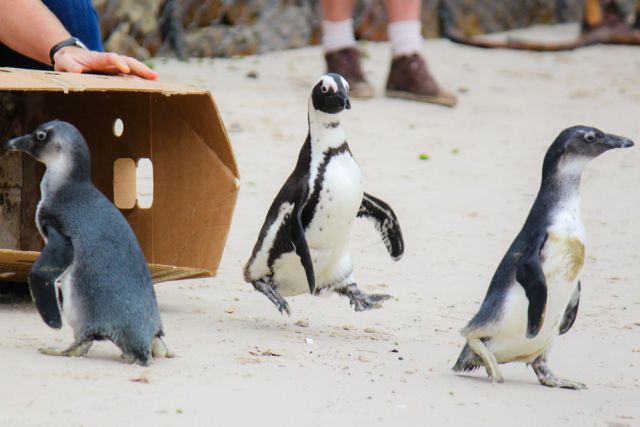 Nicola van Rhyn, one of the SANCCOB volunteers who got a chance to tip a penguin box, said, “As a local volunteer, it really was such a special moment to be a part of the festival and especially to be given the opportunity to release two young penguins. Given the status of the African penguin, it was a moving experience and very rewarding to participate.”

To the jubilation of the crowd, the penguins quickly waddled their way back into the ocean as a few resident penguins came to welcome the new group of penguins to the picturesque colony. 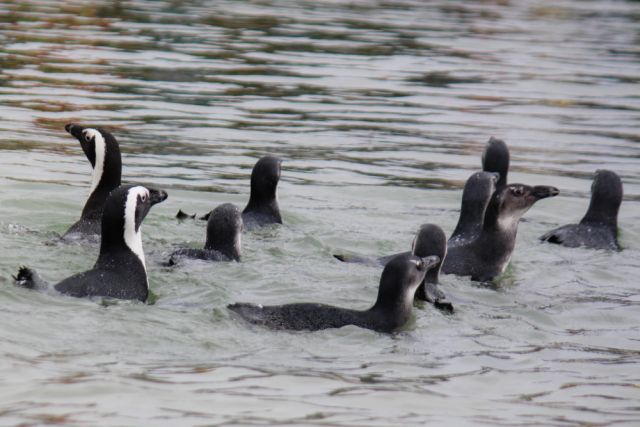 Festivalgoers were also treated to a special cooking demonstration by SASSI Braai Ambassadors, teams ‘Rust and Dust’ and ‘Smoke, Sweat and Tears’, who only used SASSI-approved ingredients to cook up a tantalising lunch course for eight lucky winners on the day. SANParks’ Honorary Rangers were also on hand to braai their hugely popular boerewors rolls in aid of the festival. 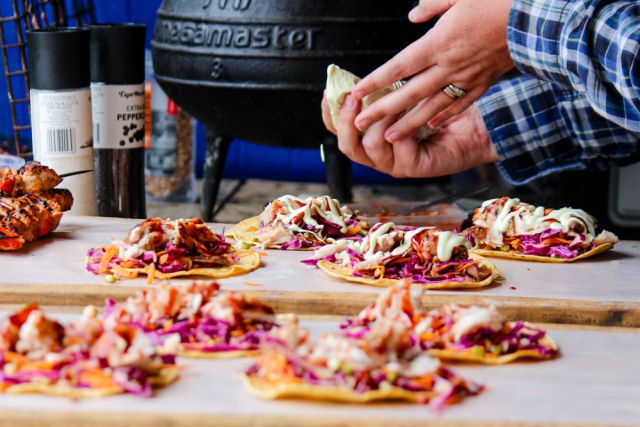 SANCCOB and SANParks extends a special thank you to the Hans Hoheisen Charitable Trust, managed by Nedbank Private Wealth, for sponsoring the 2016 Penguin Festival and making the event a resounding success. 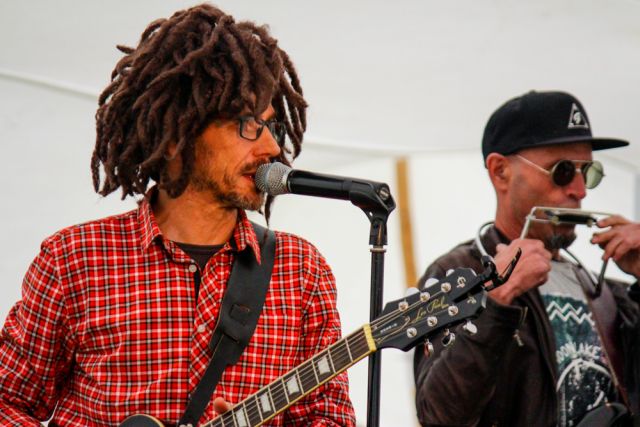 Seven ways you can help to conserve African penguins:

African Penguin Awareness Day is also being celebrated at a second penguin release and festival at the Stony Point penguin colony in Betty’s Bay on 15 October 2016. Hosted by SANCCOB and CapeNature, the event includes a snoek braai competition, community market, a puppet show, educational activities and various marine exhibitions, all in the name of the endangered African penguin. 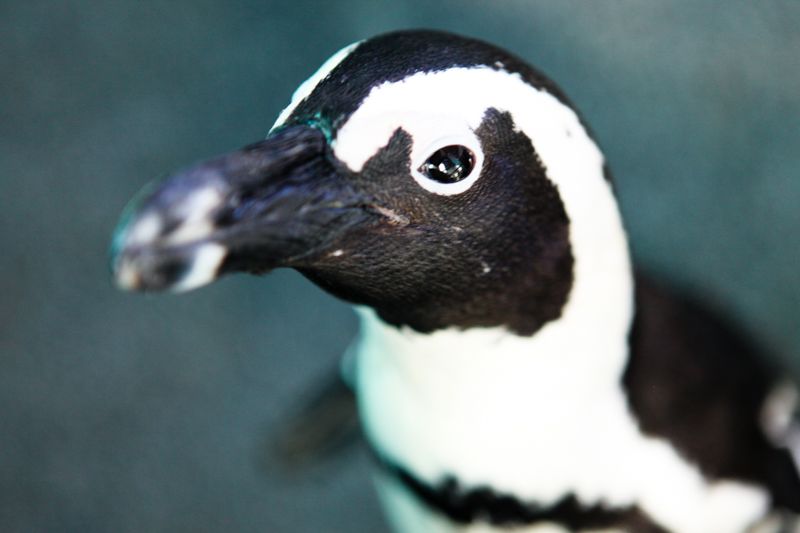