In South Africa we are privileged to live in a natural environment, where 2 great oceans converge and one can experience the combination of land and sea.  South Africa (and the Western Cape in particular) remains one of the world’s best destinations to view whales.  These magnificent migratory mammals cruise our seas – with the whale watching season generally running from July to November, when our coastline is awash with these massive creatures. 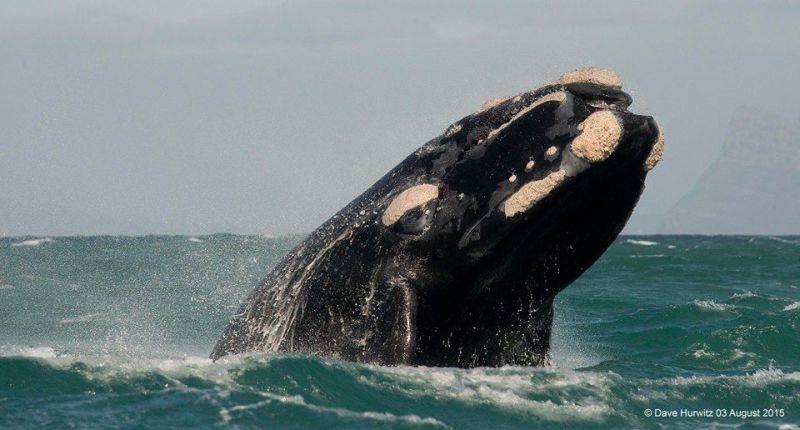 Seeing these marine giants in their natural environment, by land, sea or air, is an experience you won’t want to miss.  Hermanus has proclaimed itself as the Whale Watching Capital but this is a debatable point. The Cape Peninsula is an awesome destination for dolphin and whale watching, and is often referred to as the discerning whale watchers holiday destination. 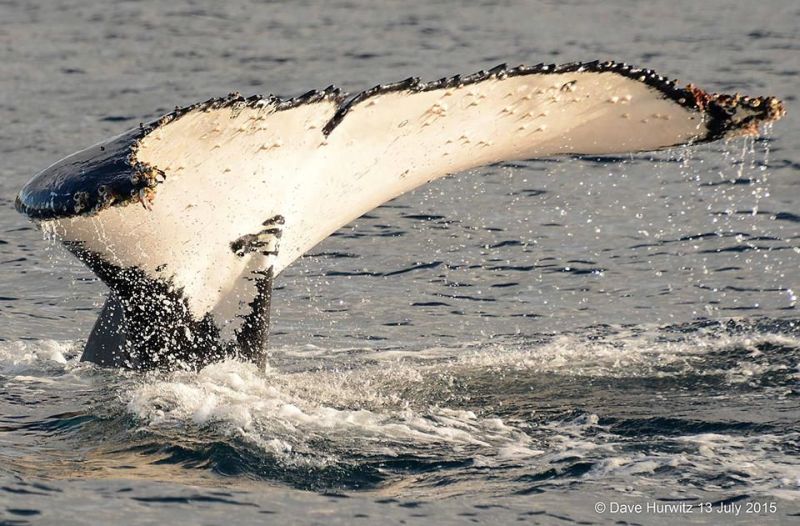 Who are these whales?

The most common and well known species seen off the South African Coast is the mighty Southern Right Whale, which arrives from its’ Antarctic feeding grounds, where they have been krill-loading in preparation for mating and birthing.  They spend the winter in quiet bays to mate and calve. Southern rights come close to the shoreline, often only metres from the land.  They are powerful acrobats and usually steal the whale-watching show with elegant water displays. 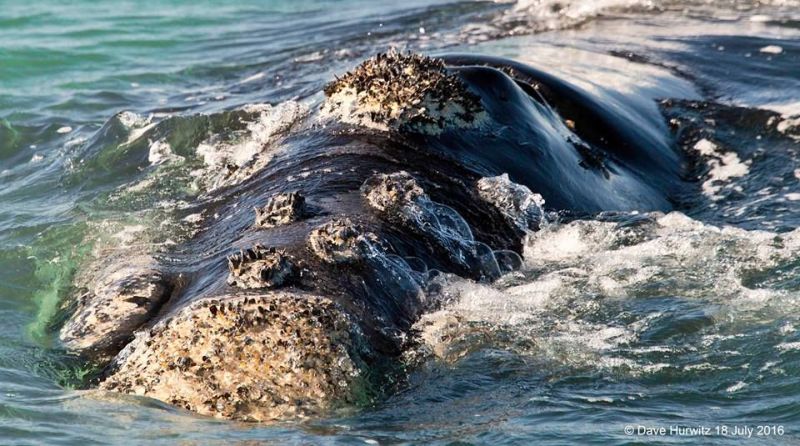 There is a good chance of seeing Humpback whales, the second most common whale species in South Africa.  They move past our coastline in winter on their northward migration to Mozambique and West Africa, where they mate and calve in the warmer waters off the east coast.  These singing whales return past our shores, to the Southern Ocean in October and November.  Humpbacks are well known for their striking tails with contrasting colour, white underneath and dark on top! 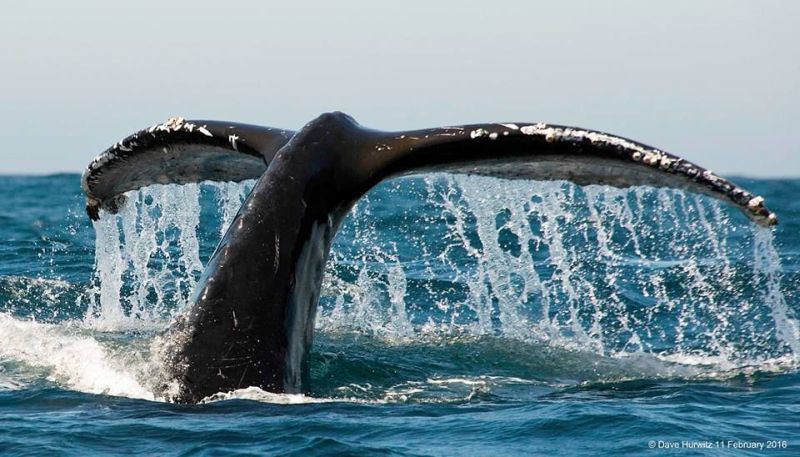 The third most sighted whale is the Brydes whale – shyer, less acrobatic and often alone. They are small to medium in size, with long sleek bodies and a distinctive hooked dorsal fin, a special treat to see these whales as it is rare to see them anywhere else. 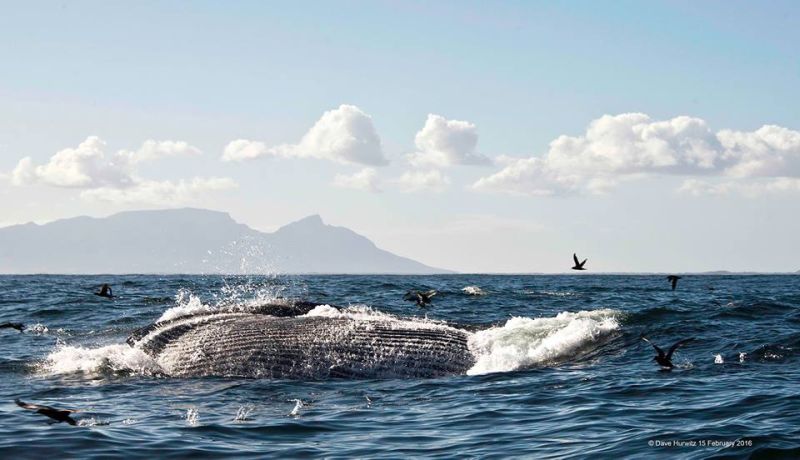 Also look out for the playful dolphins who frolic in the shallows behinds the breakers and if you are lucky the Orcas (killer whales). 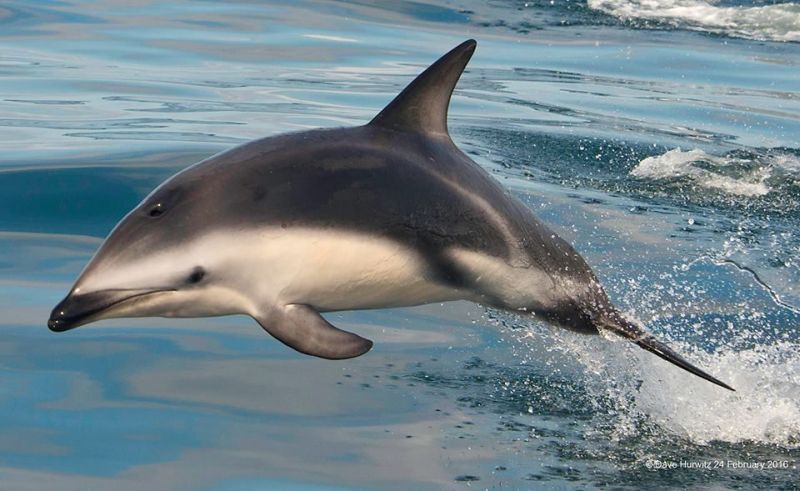 When to see whales?

The Whale season is roughly from June – November but you can get stragglers before or after this period or lone rangers who visit out of season!  August – October tend to be the peak periods for whale watching around the Cape Peninsula.

Clear windless days are best for whale watching, it makes it easier to spot a whale blow which is usually the first sign of its presence.

Where to see whales?

Land: The Cape Point Route has some of the best land-based viewing spots, any drive to Cape Point will take you along scenic routes, loaded with the possibility of epic sightings.  Travel along Chapman’s Peak Drive or Boyes Drive as you head south, scanning the ocean,  the bays and the coves.   There are restaurants on the water’s edge, where it is very possible to have lunch with a whale show!  (See our archived article: Top 10 Land based whale watching spots) 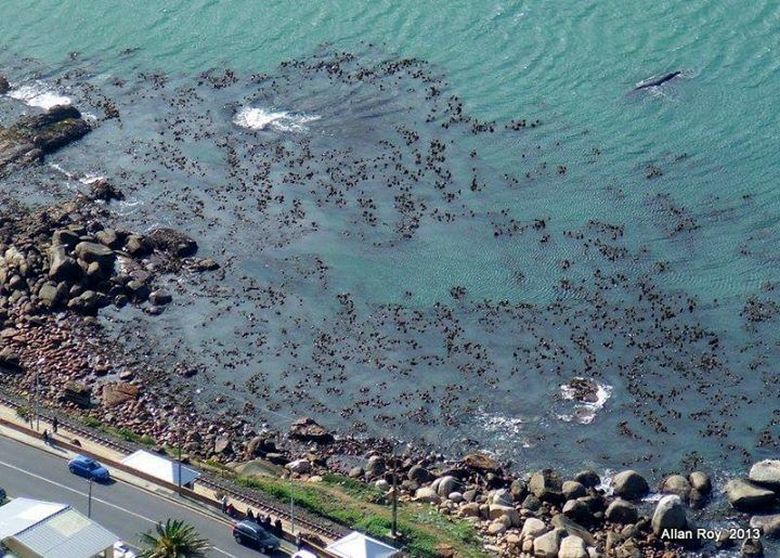 Air: An aerial experience worth every cent for the unforgettable views of mothers and babies.  The calves are not always visible from the shore, so the flight over the bay is nothing short of spectacular to see the whale “nursery” or deep sea breaching.  Get your wings on, over the whales for your sightings {& some sharks too!} 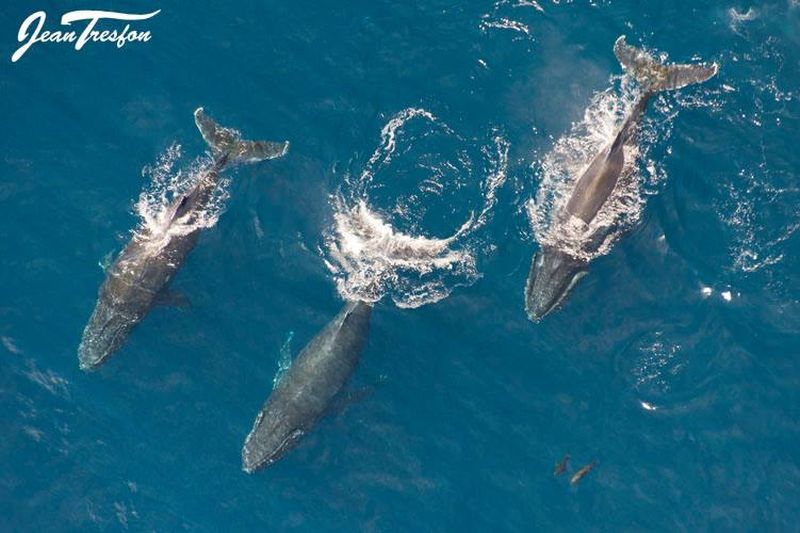 Water: If you want to get even closer, then leave Simon’s Town harbour on a whale-watching boat cruise for a classic adventure.  This is the primo positioning for being up close and personal to these spectacular marine giants. 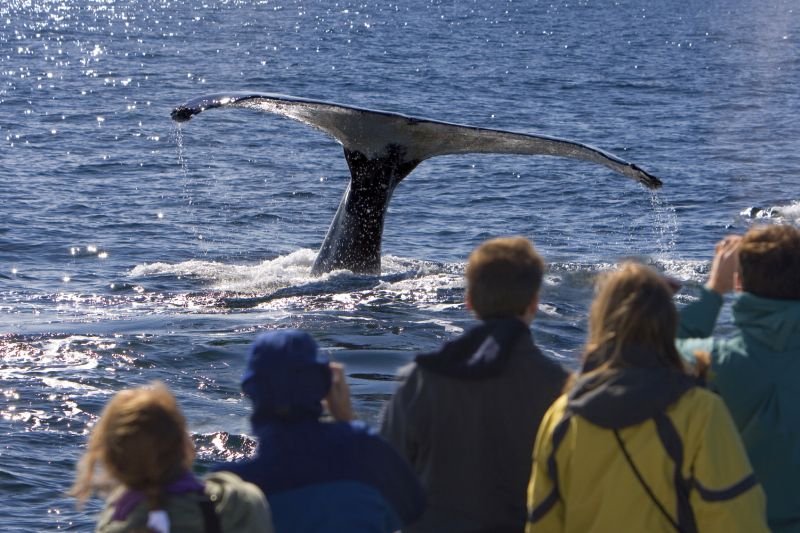 Take a tour: The seasonal Whale and Wine Tour to Hermanus, runs from July – November 3 times per week and gives you an excellent chance of seeing whales and combining some wine tasting- great for those on a short stay in the Cape.

What do you need to see whales?

Whales are wild animals and there is never a guarantee that you will spot one. However going out there with a love of nature and the right attitude always helps.  We also recommend:

Where to eat, stay and play? 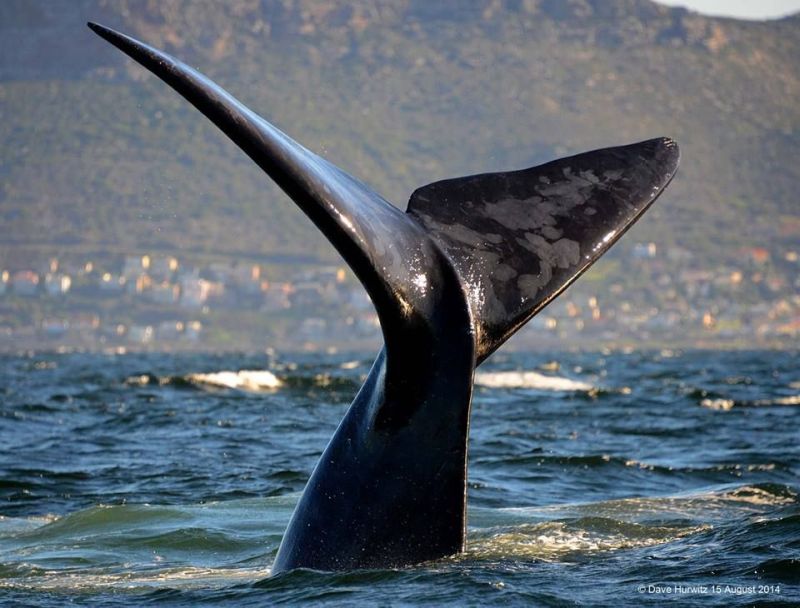 One thing we know for sure is that nature rewards those who venture out, so if you want to be sure to see whales – you’ve got to get out here.

Big shout out to Dave Hurwitz of Simon’s Town Boat Company for most of these images taken from the whale watching boat trip which aims to leave Simon’s Town harbour at 10h30 and 14h00 daily in whale season (weather depending).