Not everybody loves penguins 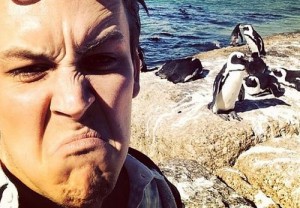 Itinerant wordsmith, Jennifer Stern, (Jen, Jennifer but never Jenny), re-sent us this blog article from her archives.  Jen is  a long time friend of penguins, and personally owns a fluffy penguin called Pudding, who regular needs washing from his adventures.

Jennifer is also a long standing friend of Cape Point Route. She reminded me today that not everyone loves penguins. Hard to imagine with African Penguin Awareness Day coming up on the 17 October 2015. But she knows where the penguin haters live!  Go get ’em Jen.

Not everybody loves penguins By:  Jennifer Stern

Not everybody loves penguins. I do, but some people don’t. In fact, some people actually hate penguins, as I discovered when I intercepted this missive from the desk of a prominent Cape Town wordsmith,

‘I am a penguin hater of note. Foxy Beach and Seaforth are swimming beaches that have been fenced off to protect them from the ravages of penguins. They mess/destroy everything, and are a new and totally unsuitable introduction into an urban area. Boulders Beach is a Disney-style, moneymaking monstrosity. I fantasise constantly about running through there with a flame thrower and torching them all … watching little flaming bodies flopping hopelessly towards the sea. Ah, idle dreams … but so satisfying.’ 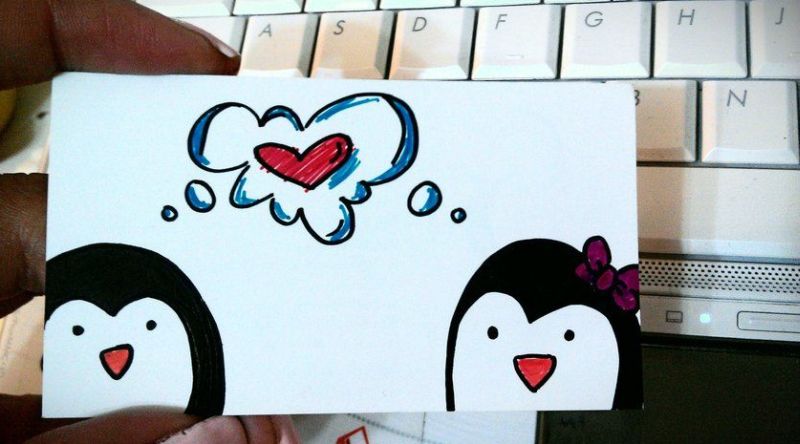 What is it with these Simon’s Town residents? You’d think if they didn’t like penguins they’d go and live somewhere where there was little chance of running into one in the garden. Like Beaufort West, or Johannesburg, or Las Vegas or Alice Springs for goodness sake. In fact, I’ll happily take over their sea-view homes that I can’t afford, and I’ll more than put up with the penguins. I’ll welcome them into my garden so they can burrow and nest away to their hearts’ content. That way I can stand on my virtuous high horse if anyone mutters about my non-existent gardening skills. ‘It’s a nature reserve – not a garden,’ I’d say in righteous indignation. 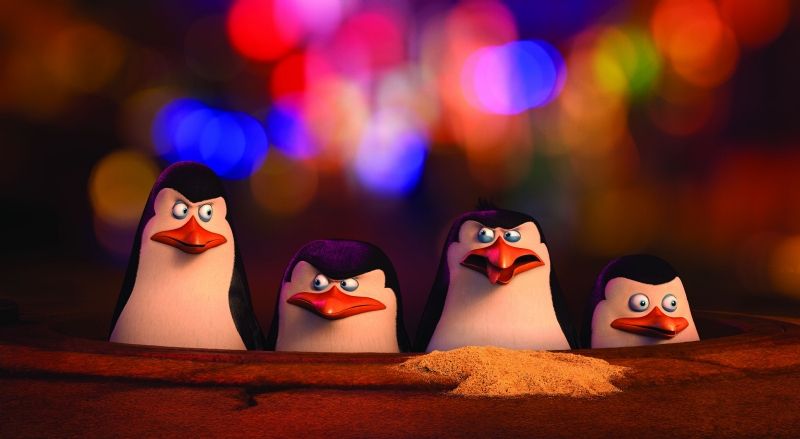 The Penguins of Madagascar

But back to penguin-haters. They’re in the minority, these avio-phobic, house proud, obsessive compulsive gardeners. And they’re also the types who believe that sharks shouldn’t be allowed in the sea. ‘Fish them all out and export their fins to the Orient,’ you hear them say. I’ve even heard that line from a botanist that I thought would have known better. But then, I guess, botanists and sharks are not the most friendly of bedfellows. So, yes. Weird as it sounds, there are people in Cape Town who choose to live at the sea and feel that they have more right to it than penguins and sharks. Next we’ll hear them fantasising about starting whale hunting again, as the southern right whales take up too much space in the sea when they arrive for their winter sojourn.

But, despite the small minority of penguin-hating, shark-phobic, mall-loving Capetonians, most of us love penguins – as evidenced by the response of Capetonians to the plight of oiled penguins following the sinking of the MV Treasure off Melkbosstrand in 2000. 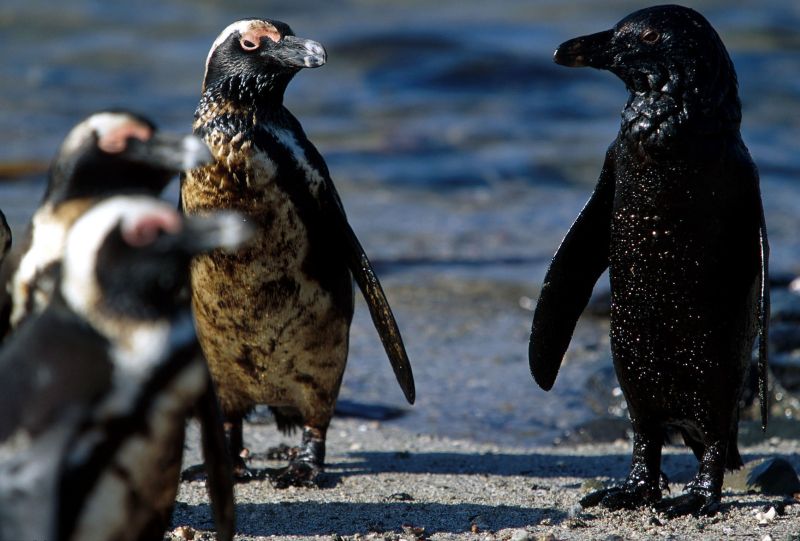 If you take a turn down to Boulders Beach to check the penguins out in their little haven, you’ll soon learn to love them, too. They’re cute, funny, faithful (penguins mate for life – or at least a season) and they’re great survivors. OK – and they are a tad smelly, too, but you would be, too if you lived exclusively on fish.

Another great way to check out the penguins – and my favourite by far – is by kayak . If you don’t have your own, you’re a visitor to Cape Town and/or you’ve never paddled before, join an escorted trip to paddle to the penguins. 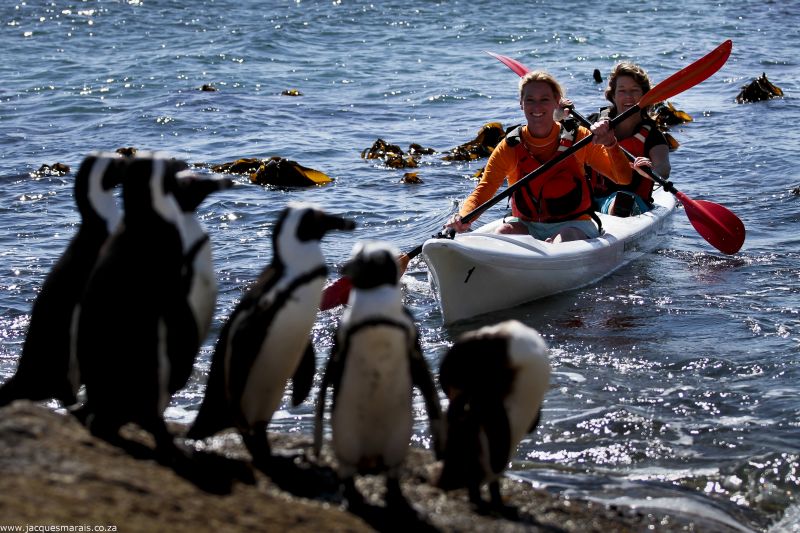 Contact Jennifer Stern to write, edit for you!  http://www.jenstern.co.za/

This entry was posted in Attraction, Cause and tagged African Penguins, Boulders Beach Penguin Colony, not everybody likes penguins, Penguins, Simon's Town. Bookmark the permalink.