It’s official! Cape Point Route are whale snobs… but we do believe we have every right to claim this! We work in a privileged position in the south peninsula in one of the best whale watching site in the world. We get to view whales almost daily in season and we get to see them breaching, logging, spyhopping, lobtailing and slapping. For whale identification tips – click here.

All of these terms are related to whale surfacing behaviour – logging is essentially hanging out and resting, slapping does not mean bashing another whale over the head with a flipper (they slap the water with their flippers in a big crash!) so here’s a crash course for whale watchers on what to look out for whilst whale watching on the Cape Point Route. 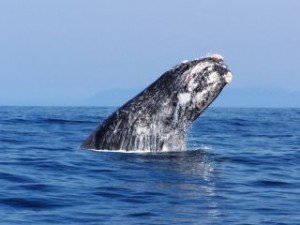 Perhaps the most impressive whale surfacing behaviour one can witness! Essentially these enormous creatures leap out of the water (sometimes with a twirling motion) with the intent of clearing the water.  Whales can land on their sides or on their backs. They usually exit the water at about a 30° angle  – remember that a breaching whale is like 5 elephants leaping out the water so this is pretty impressive stuff!

Both the Southern Right Whales and Humpback that come to our shores  are well known jumpers.  Humpbacks in particular often leap high out of the water and often with that twirl! Breaching is often carried out in a series so if you see a whale breach – stick around as it is highly likely to happen again!  I call breaching the whale exclamation mark! 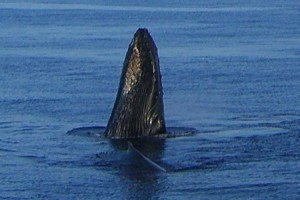 This is when a whale rises partially out of the water and holds its head in position (like a human treading water!). It’s a very controlled, slow motion and the whale can look like it is absolutely stationary.  A spyhop can last for a few minutes until  the whale has satisfied its curiosity (normally viewing prey or a boat!).

The best known spyhopping whale is the orca, but you can also see humpback whales performing this surfacing behaviour. This is like the reverse of spyhopping- instead of the head being held out of the water, the whale slowly raises its tail in the air and can leave it there for a long period of time. (apparently the observed record was 4 hours!) 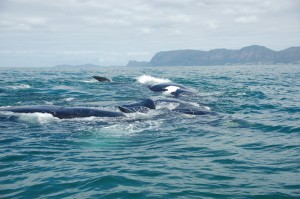 This is resting surface behaviour. The whales lie in the water like a log without moving. They are hanging out so no cruising, no moving forwards – just exposing a bit of skin or a fin on the surface of the water.

Not too exciting for whale watchers but when logging takes place, the whales are around for awhile. Logging is pretty common in whales especially Southern Right Whales. 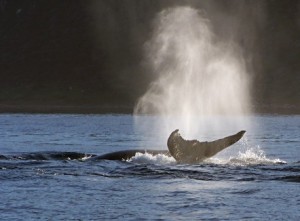 This is when a whale goes upside down with its’ head under water and its’ tail (fluke) exposed. Then the whale slams his tail hard and fast onto the surface of the water to make a loud slapping noise.

It is common behaviour for humpback and southern right whales. You can often hear the sound of a lobtail hundreds of metres away. 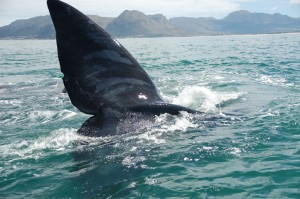 This is a similar action to lobtailing but the whale uses its flippers to slap them onto the surface of the water. Slapping and lobtailing are thought to be a means of foraging especially for humpback whales – the noise frightens the fish and the school huddles closer together making it easier for the humpback whale to feed on them.  Other thoughts for this behaviour is that the noise and action attracts other whales to join the group or it may be a way females may roll away from male attention.

Head Slapping: A bit like flipper slapping but using the head! Can often happen after a breaching sequence but no-one knows why they do it!

Peduncle (or tail) throw: the whale converts its forward momentum into a “crack-the-whip” rotation, pivots on its flippers and dives downwards, thrusting the fluke and the peduncle (muscular back part of the body) out of the water and sideways before crashing into the water with force! This is thought to be performed by a challenging male.

Jaw Clapping: the Whale opens and closes its jaws, clapping them together, often audibly! This is competitive behaviour again – guy wants the girl stuff!

So there you have it. A few surfacing behaviours for whalewatchers to look out for whilst whale watching. We are extremely fortunate on the Cape Point Route to have humpback whales and southern right whales visiting our shores as they are favourites for acrobatic surface displays and we can vouch for the seriously impressive performances of these incredible mammals and remain in awe of their ability to be so athletic! 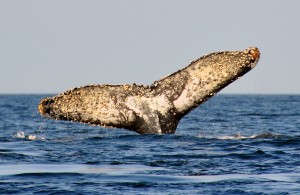 Cape Point Route books accommodation in the area for whale watchers wanting a weekend getaway- contact us for accommodation that has whale views. Tel: 021 782 9356 or click here for booking enquiry.