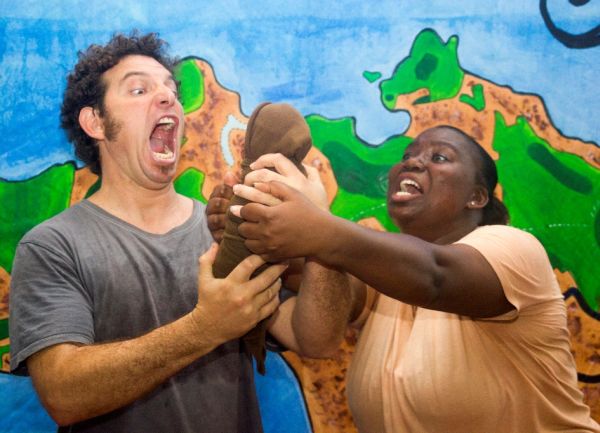 Join baboons Smiley and Knuckles, as they leave the safety of their Cape Point home, on a quest to unite a human baby with its family. Discover the beauty and history of the peninsula through this hilarious journey and encounter the unique plants creatures and heritage sites. Follow the pair as they trailblaze to Table Mountain and more importantly, find out what on earth Hoerikwaggo means!

Originally written in 2005, by Jungle Theatre Company’s Artistic Director, Vincent Meyburgh, Hoerikwaggo uses a range of theatrical disciplines including storytelling, comedy and song in English with some Afrikaans and Xhosa in a unique ‘Jungle style’.Hoerikwaggo returns to the stage this year, thanks to the generous support of the National Lottery Distribution Trust Fund and the L&S Chiappini Charitable Trust. 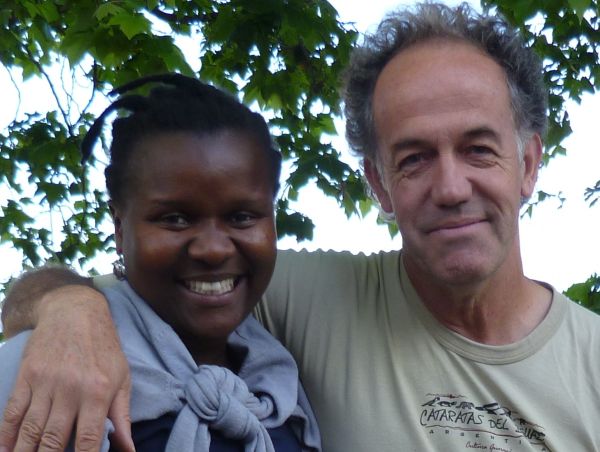 It includes four separate stories (described below), all full of music and interaction.  Pedro is supported by fellow performer Portia Mntuyedwa, a vibrant actress with a gift for comedy and a great sympathy with children.

The stories are drawn from The Little Library, a set of story-books created in workshops by some of South Africa’s best writers and teachers. Pedro was the musical director of the project and did the music for the CD and TV recordings of the stories. In 1996 these books received the internationally recognized iBbY award.

Like all Pedro’s shows BABY MONKEY’S BANANAS AND OTHER STORIES features lots of wonderful music. Each of the four stories has an original song with words and music that will have the audience singing along and dancing in their seats. There’s lots of other interaction too, with the children being invited to do actions, make sound pictures, play instruments, and offer ideas.

BOOKINGS FOR BOTH SHOWS AT THE KALK BAY THEATRE ON www.kbt.co.za