The largest timed cycling event in the world takes place in Cape Town on Sunday 6 March 2016.  It’s not ALL ABOUT THE BIKE on Race Day.
35 000 cyclists will line up to ride the 109km through some of the world’s most spectacular scenery in just 7 hours.  See the route map below or online HERE

Some of these helmeted, branded, lycra’d cyclists ride competitively but many ride the race for a sense of achievement, some to fund raise for Charities and some just for the fun of it….  These cyclists come from all over the planet and will take to the streets of Cape Town on their bicycles. Their training and planning is supported by a massive team, services and thousands of volunteers who provide water, refreshment stations, medical stations, marshals, signage & traffic cones,  toilets & toilet paper, gazebos,  and many many more items in order to ensure a successful City event. 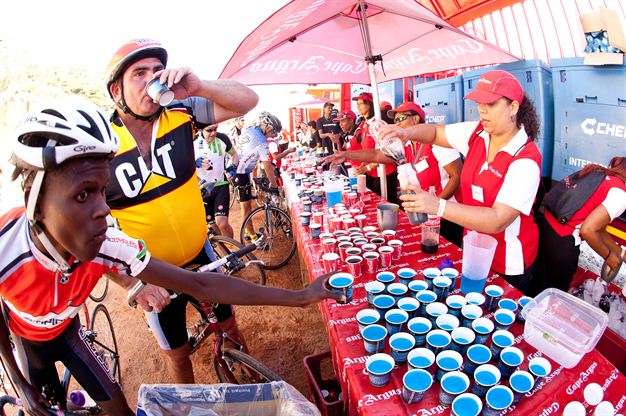 In addition to the thousands on their bicycles – there are the spectators and the crowd. Literally thousands of Capetonians – grown men and women,  children and pensioners, congregate along the roadside and shout, cheer and tease the riders.  They help changing tyres, or splashing water on overheated bodies or share bananas, beers or words of encouragement throughout the day.

It is an event like no other and after the shortened and amended route of 2015 following the March fires in the south peninsula,  the 2016 Cape Town Cycle Tour is back to the original route.

The start is on Hertzog Boulevard at the Cape Town Civic Centre. 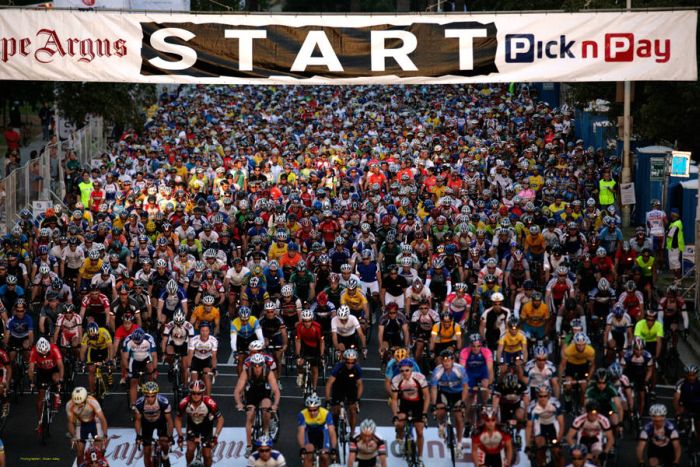 The race route will take riders onto the N2, down the M3 freeway, then heading down to the Main Road (M4).  This takes the cyclists along the False Bay Coast past Muizenberg, Fish Hoek and  Simon’s Town.   The route curves past the entrance to the Cape of Good Hope,  and up the Atlantic coast through Scarborough, Kommetjie & Noordhoek before the climb over Chapman’s Peak Drive, via Hout Bay and on to the Cape Town Stadium in Green Point. 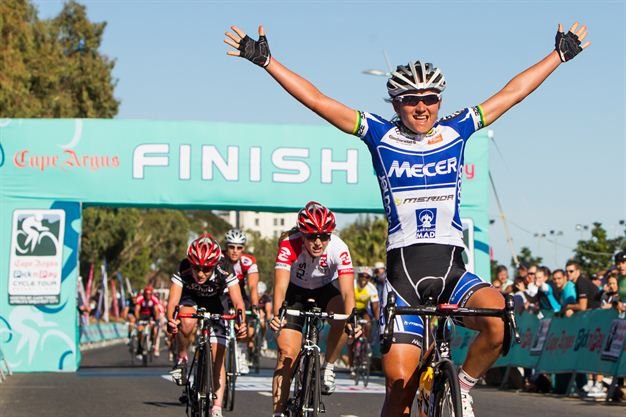 ROAD CLOSURE:
Capetonians and visitors who are not cyclists and not taking part and have no interest should be warned though… major routes in Cape Town are closed for the day and some roads from Sat 5 March 2016.  See the road closure information HERE… There are some roads  around the Foreshore and in Green Point that will be closed from Saturday afternoon.  Chapman’s Peak Drive will be closed from Saturday 5 March at 18h00 until Sunday 6 March at 17h00! 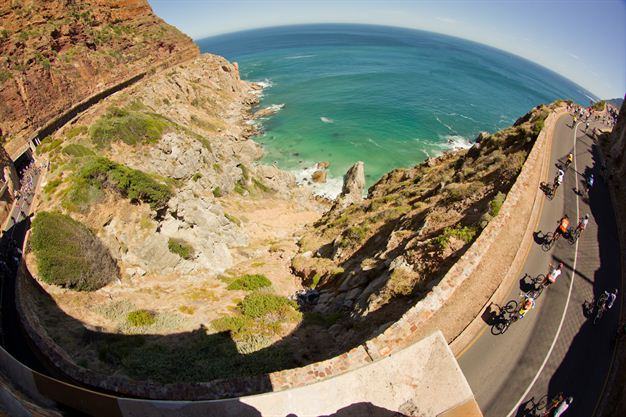 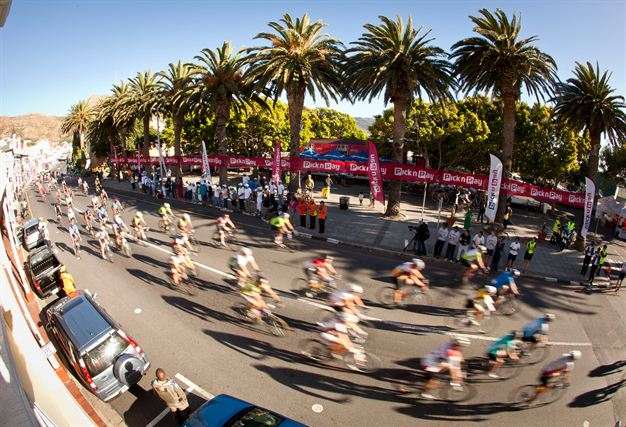 Capetonians and visitors are asked to be patient with the road closures and to remember that traffic laws still apply so please be considerate of the cyclists and marshals.   If you are following a cyclist along the route, please be careful where you park the car (a parking fine can ruin your day!) 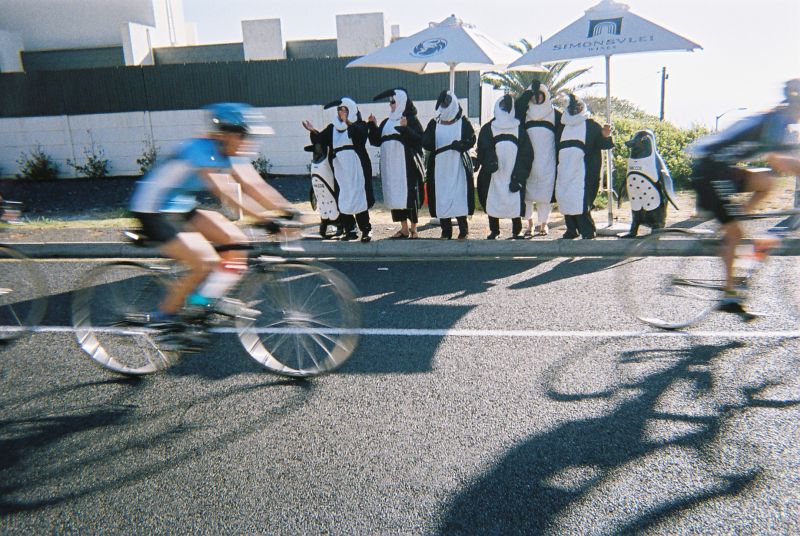